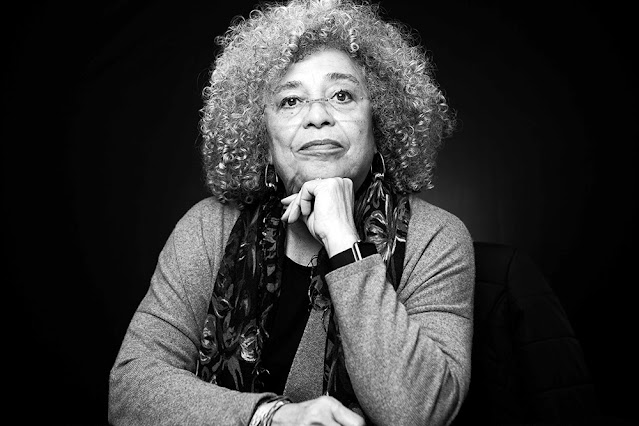 Join a live conversation with activist and scholar Angela Davis, who has been deeply involved in our nation’s quest for social justice for decades. The Distinguished Professor Emerita of History of Consciousness and Feminist Studies at UC Santa Cruz has also taught at UC Berkeley, UCLA, the Claremont Colleges, Stanford, and other universities. The author of nine books, most recently, Freedom Is a Constant Struggle: Ferguson, Palestine, and the Foundations of a Movement, has lectured around the world and will be joined by Ange-Marie Hancock Alfaro, Dean's Professor and Chair of Political Science and International Relations at USC.

In the early seventies, Davis spent eighteen months in jail and on trial after being placed on the FBI’s “Ten Most Wanted List.” She has continued to examine the social problems associated with incarceration and the criminalization of communities most affected by poverty and racial discrimination. Davis will address numerous issues related to race, gender, and a 21st century abolitionist movement that envisions a world without prisons.

I was thrilled to learn about this free, virtual event featuring legendary, activist, scholar, and author, Angela Davis. I learned so much from this event. Angela Davis gave such thoughtful and profound answers to questions... I'd love to watch this event again to fully absorb/digest what she had to share with viewers.

Additionally, I also have a short list of authors to explore that were mentioned by Angela Davis during this live event.