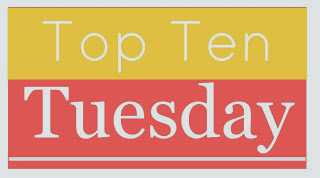 With Banned Books Week 2015 right around the corner (September 27 through October 3rd), I thought I'd share my top ten list of favorite banned books that I've read throughout the years... It was pretty tough deciding which books to select for this list. There are a few banned books on my list below that I'd like to reread as it's been several decades since I've read two of the ones I've mentioned.

1. The Absolutely True Diary of a Part-Time Indian, by Sherman Alexie

2. To Kill a Mockingbird, by Harper Lee

3. I Know Why the Caged Bird Sings by Maya Angelou

4. The Giver by Lois Lowery

5. Are You There God? It's Me, Margaret by Judy Blume

7. The Adventures of Huckleberry Finn by Mark Twain

8. The Handmaid's Tale by Margaret Atwood

10. One Flew Over The Cuckoo's Nest by Ken Kesey

Share a few of your favorite banned book titles with me! I'm curious to see which ones you've enjoyed reading.
Posted by Captivated Reader at 12:00 AM