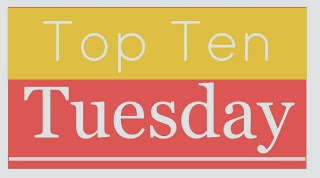 5. Lolita by Vladimir Nabokov -- I've wanted to read this novel, just to see what it is all about.
6. The Picture of Dorian Gray by Oscar Wilde -- This sound likes an intriguing novel read.
7. Treasure Island by Robert Louis Stevenson -- This has been in my 'to be read' pile and I want to read it... Hopefully, sooner rather than later.
8. A Tale of Two Cities by Charles Dickens -- This has also been in my 'to be read' pile for a long time and I want to read it.
9. The Count of Monte Cristo by Alexandre Dumas -- Another one of those reads I've put off, mainly due to the length of this novel.
10. The Feminine Mystique by Betty Friedman -- I can't believe I haven't read this landmark feminist nonfiction work yet.

I found it interesting that the only classic book written by a woman I've added to my list is Betty Friedman's feminist classic The Feminine Mystique.

Which books did you choose this week?
Posted by Captivated Reader at 12:00 AM