The Maltese Falcon by Dashiell Hammett 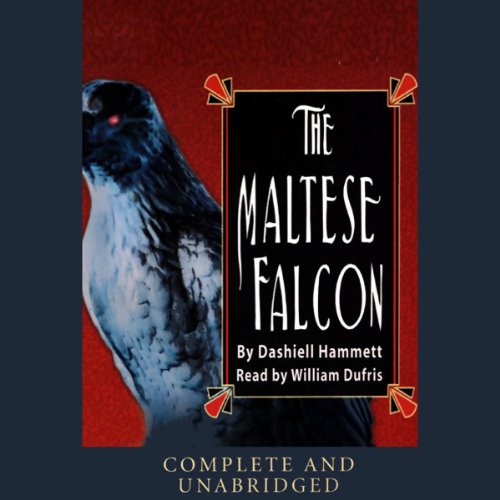 Hard-boiled detective Sam Spade is hired to locate a client's sister by tailing the sister's companion. Spade's partner Miles Archer takes on the assignment, and quickly both Archer and the man he was shadowing are murdered. As Spade pursues the mystery of his partner's death, he is drawn into a circle of colorful characters, and they are all after a legendary statuette of a falcon that had long ago been made for King Charles of Spain. Encrusted with jewels, it is worth a fortune. Missing for centuries, it resurfaced in 1921, when it was covered in black enamel to disguise its true value.

The Maltese Falcon is the definitive masterpiece of the hard-boiled detective genre. Humphrey Bogart immortalized tough-guy Sam Spade in the classic 1941 film.

I am giving The Maltese Falcon by Dashiell Hammett a rating of 2 stars out of 5 stars.
Until my next post, happy reading!
Posted by Captivated Reader at 12:00 AM