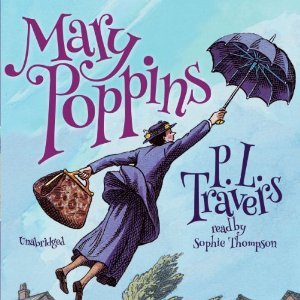 Here is the timeless story of Mary Poppins, the world's favorite nanny, and her magical adventures with the Banks family.

Mary Poppins is like no other nanny the Banks children have ever seen. It all starts when their new nanny is blown by the east wind onto the doorstep of the Banks house, carrying a parrot-headed umbrella and a magic carpetbag. She becomes a most unusual nanny to Jane, Michael, and the twins. Who else but Mary Poppins can slide up banisters, pull an entire armchair out of an empty carpetbag, and make a dose of medicine taste like delicious lime-juice cordial? A day with Mary Poppins is a day of magic and make-believe come to life!

I am giving Mary Poppins by P. L. Travers a rating of 4 stars out of 5 stars.