Who Is Elmyr?: Histories of an Art Forger by Max Horberry 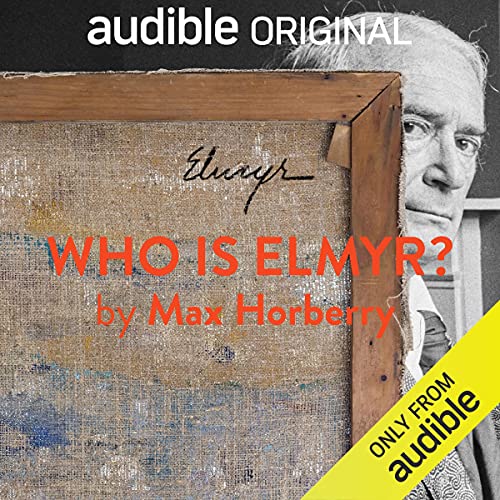 This past weekend, I listened to Who Is Elmyr?: Histories of an Art Forger by Max Horberry and narrated by the author.

Listening time for Who Is Elmyr?: Histories of an Art Forger by Max Horberry is 2 hours, 57 minutes.

Frankly, I'd never heard of Elmyr de Hory before, but found this gripping listen difficult to put down. There were so many twists and turns to Elmyr de Hory's life that it leaves your head spinning in a good way.

Overall I found Who Is Elmyr?: Histories of an Art Forger by Max Horberry to be a good listen and also enjoyed the narration of it.

Below is a summary for Who Is Elmyr?: Histories of an Art Forger by Max Horberry from Audible:

Simply put, Elmyr de Hory is known by many as the most notorious art forger of all time. He believed that if a forgery hangs in a museum for long enough - as he claimed many of his works did - it eventually becomes real. Yet, as with many fraudsters, much of the myth is exaggeration or invention. Elmyr de Hory claimed he sold hundreds of his forgeries in the 1950s and '60s. It’s possible that many still hang in America’s museums today. With the help of his immense talent, he became known as the greatest art forger of the century, and four decades after his death, his old friend Mark Forgy has become the caretaker of his legacy. Forgy has dedicated himself to celebrating de Hory’s talent and fending off imposters on the internet. But in the process, he learned the hard truth: The story you get is not always the story you want. If a fake painting hangs in a museum for long enough, does it one day become real? If someone you loved was not who you thought they were, is it better not to know?

We tell stories about ourselves, about others, about art. Elmyr de Hory’s story is also the story of the art dealers who spent their careers chasing him, the millionaire who discovered his collection was not what it seemed, the biographer who helped in de Hory’s myth-making only to become a victim of his own fictions. And it is about the young American who would dedicate himself to his friend only to find strange new narratives disrupting the story. If a lie is told enough times, does it one day become real?

And so, who is Elmyr de Hory? He became internationally infamous as the world's greatest art forger, but the stories that lie beneath are more bizarre and surprising. When we examine what we value and why we value them, we might find that a fiction told enough times eventually becomes truth.

I am giving Who Is Elmyr?: Histories of an Art Forger by Max Horberry a rating of 3 stars out of 5 stars.

Posted by Captivated Reader at 1:50 PM