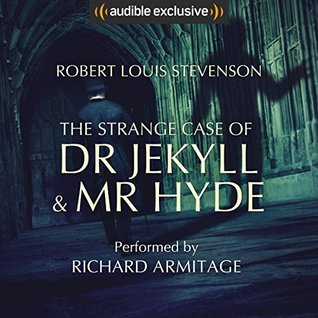 Below is the plot summary for The Strange Case of Dr. Jekyll & Mr. Hyde by Robert Louis Stevenson from Audible:

Robert Louis Stevenson presents the suspenseful, eerie and captivating story of a ruthless scientist who sets out to liberate his inner demon from the firm clutches of his conscience.

Upon bearing witness to the extent of Mr Hyde's violent nature, Jekyll is horrified by his callous disregard for the welfare of others and greatly ashamed by the unstoppable nature of his ambition.

Eager to redeem himself, Jekyll sets out to capture and stop the bloodthirsty Mr Hyde, by any means necessary. However, in keeping with true gothic tradition, Dr Jekyll must now face a race against time as damning evidence is uncovered, and the investigating detectives and interested parties are brought right to his door.

Hailed by the Detective Club as 'one of the most amazing crime stories ever written', Stevenson's Jekyll and Hyde was met with immediate critical approval, ensuring its success and popularity for years to come.

A highly accomplished Scottish novelist, poet and travel writer, Robert Louis Stevenson is also credited with stories of Treasure Island, A Child's Garden of Verses and Kidnapped. Arguably, however, none have contributed to English literature quite like the unique tale of Dr Jekyll and his monster, Mr Hyde.

I am giving The Strange Case of Dr. Jekyll & Mr. Hyde by Robert Louis Stevenson a rating of 2 stars out of 5 stars.