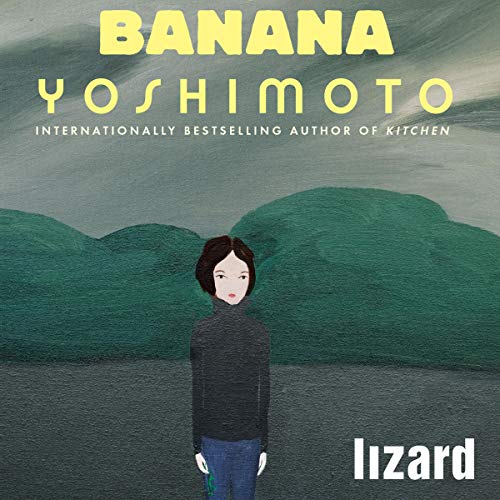 I decided to listen to the unabridged audio version of Lizard by Banana Yoshimoto and narrated by Emily Zeller.

Listening time for Lizard by Banana Yoshimoto is 3 hours, 34 minutes.

Banana Yoshimoto's warm, witty, and heartfelt depictions of the lives of young Japanese have earned her international acclaim and best seller status, as well as a place among the best of contemporary Japanese literature. In Lizard, now available in Grove Press paperback, Yoshimoto deftly fuses traditional and pop culture to create contemporary portraits of love and life. These six tales explore themes of time, healing, and fate - and the journeys of self-discovery through which young urbanites come to terms with them.

In "Newlywed", an unhappily married young man deliberately misses his stop on the train, only to be questioned by a shape-shifting homeless man about the trials of his marriage. In "Blood and Water", a woman recalls how she left the village she grew up in - which was run by a New Age cult - in order to lead a fulfilling life, even against her parents' wishes. And in the title story, "Lizard", a woman who has never before felt truly secure in her life admits a deep secret to her lover - that she has the ability to heal others with her mind.

In different ways, these six stories explore what it takes to navigate the perils of the modern world as well as what it takes to reinvent one's self. Permeated by the author's own effervescent spin on magic realism, Lizard cements a special place for Yoshimoto in 20th-century Japanese fiction.

I am giving Lizard by Banana Yoshimoto a rating of 3 stars out of 5 stars.