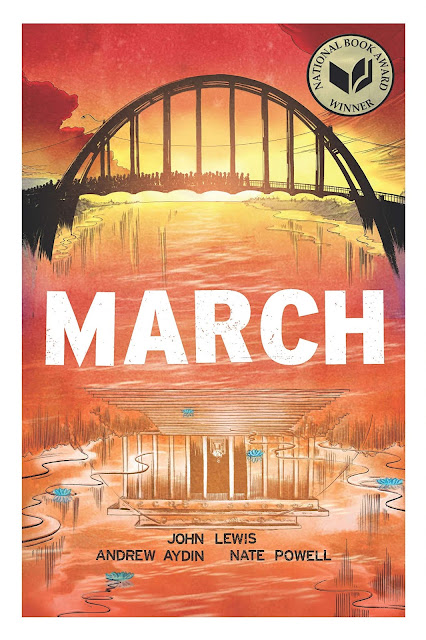 Winner of the National Book Award for Young People's Literature.

Discover the inside story of the Civil Rights Movement through the eyes of one of its most iconic figures, Congressman John Lewis. March is the award-winning, #1 bestselling graphic novel trilogy recounting his life in the movement, co-written with Andrew Aydin and drawn by Nate Powell. This commemorative set contains all three volumes of March in a beautiful slipcase.

I am giving March (Trilogy Slipcase Edition) by John Lewis a rating of 4.5 stars out of 5 stars.

P. S. One of my reading goals for 2021 is to read five trilogies... One trilogy down, four more trilogies left to read!